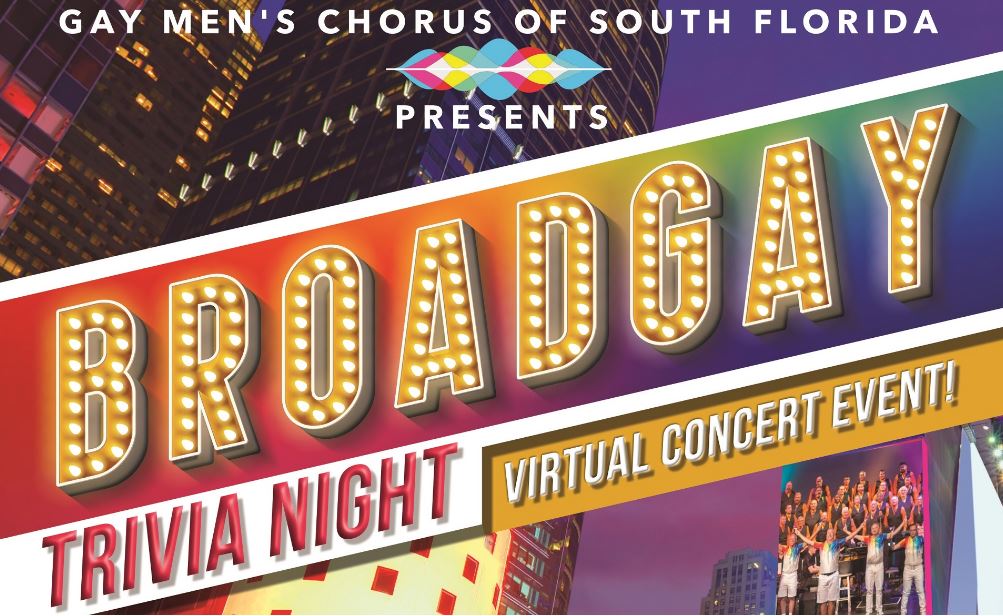 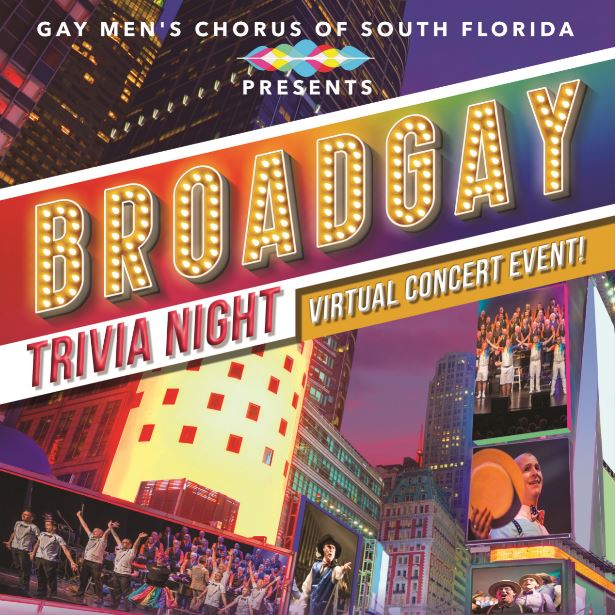 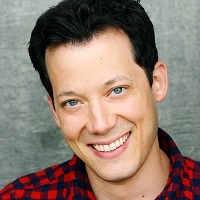 Who visits New York without spending at least one magical night on the Great White Way?

Sure, you do! Well, GMCSF’s June show will feel like an orchestra seat where you can relive those great LGBTQ+ moments in American musical theater...or discover them for the first time!

But truth be told, there is a twist. This is going to be so much more than your average show-tune concert. Tony Award nominee John Tartaglia, who created and starred as Princeton and Rod in the hit musical Avenue Q, will not only lead you through great Broadway performances by the Gay Men's Chorus of South Florida, but he will also lead a whirlwind of trivia fun about Broadway's gayest moments. Thanks to interactive technology, you can play along in "real time," and we will declare a winner before the night is over. So, bone up!

Of course, you can just enjoy the show and opt out of the trivia contest, but why miss out on all the fun?

This concert is made possible in part by:

GMCSF’s show will feel like an orchestra seat where you can relive those great LGBTQ+ moments in American musical theater...or discover them for the first time!
Tickets from $0

Already have your ticket but can't find your link to watch? Look them up here and we’ll send you a new one.  If you need assistance, you can email help@streamally.live.

This is an online streaming event. Once you get your ticket, you will receive an email, along with a text, that contains your link to watch at the scheduled time. Tickets are non-refundable and can not be shared.
Streaming Platform Services Provided with Pride by StreamAlly